The folding bike is becoming an increasingly popular mode of transport, particularly in congested cities. As usable as a full-sized bike, they have the added convenience of being permitted on public transport, and small enough to fit in the boot of a car. The Viking Folding Bike is not really suitable for extreme trail riding, it’s on the heavy side. However,  models tend to be in the lower price range when compared to the likes of Brompton and Triton folding bikes.

If you are looking for a commuter bike, then you will struggle to find better than folding bikes from Viking. I’ve been riding bikes around the city for way over a decade, and a Viking Folding Bike just can’t be matched for convenience. Read on for a more in-depth Viking Folding Bike Review.

This makes the Viking a decent folding bike for city living. Still, there are better options available for recreational riders like me, who want an all-round bike that folds for easy storage. For a folding bike that can be thrown into the car boot and be taken to the countryside, the Eurobike Folding Dual Suspension Mountain Bike, is a good choice. It is a comparable price to the Viking, but is much more versatile, being better equipped to handle mountain trails. 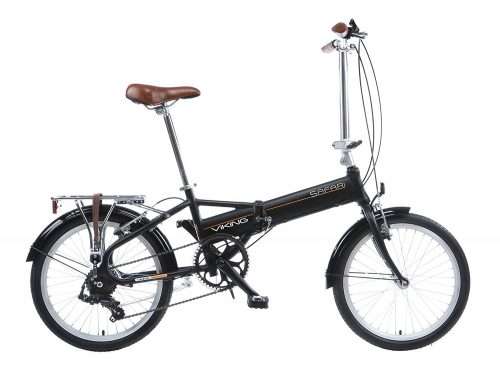 There a number of models of the Viking folding bike, each of which, has variations in features. Popular models include the Viking Westwood and the Viking Safari, which are of a similar price and style but have slightly different specs and features. For the purpose of this review, I’m going to focus on the Westwood and Safari, but other models which may be worth checking out, depending on your needs.

Both the Westwood and the Safari have high tensile steel alloy frames, making for a strong bike, that feels durable and capable when riding. Their 20-inch wheels with double-wall alloy 36 hole, handle high speeds well, for a snappy and fun ride. In my personal opinion a steel hardtail, like those on the Viking folding bikes, makes for a more invigorating and exciting ride. The Promax disc breaks can stop on a sixpence in most conditions making for smooth braking, perfect for crowded city roads.

The Viking folding bike offers a pretty enjoyable ride for long periods thanks to a comfortable saddle. Plus there is plenty of crotch clearance, for out of the saddle riding without unfortunate accidents. Both the Viking Safari and Westwood offer smooth riding with style, having cool retro-inspired frames, low rise handlebars with comfort grips. 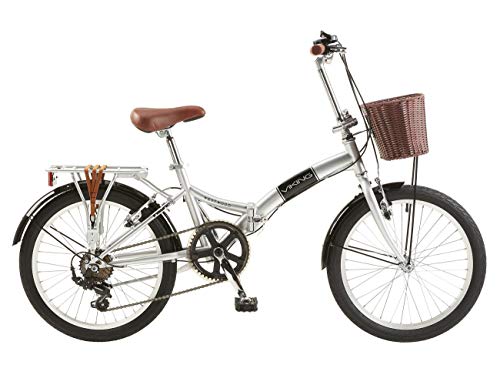 The Safari and Westwood are super portable. They can be folded and stashed under desks, in closets, and easily fit in the smallest of car boots. No expensive bike racks are needed to transport these great little bikes around. Neither is a car, as they can be folded and stored in the luggage compartment on a train or coach.

Furthermore, most models of Viking folding bikes can be customized to meet your own specifications. The pedals can be swapped out for something sturdier, and the handlebars can be changed to give a higher rise, for a more suitable riding position for you. I would recommend that you buy a decent set of bicycle assembly tools for your Viking Folding Bike. The ones provided might be a little flimsy.

The Viking Westwood and Safari are extremely well priced. In a market where it is rare to get much change for £1000, the Viking offers a versatile bicycle for a budget price. Its durability means that you will get more than a few years of riding out of it if you maintain it correctly. This makes it such a cost-effective bike, you really do get a lot of ride for your buck.

For seasoned cyclists like me, the lack of speed gears could be an issue, especially when tackling rides with a lot of uphill and downhill sections. The Safari has 7 Shimano Thumbshifer gears and the Westwood has 6, perfectly adequate for most, but if you want your folding bike to handle every terrain, there are plenty of folding mountain bikes available, that have up to 21SP gears, like the Eurobike Folding 26” Mountain Bike. 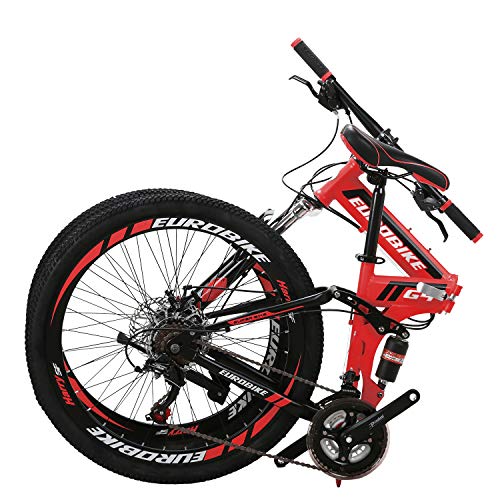 Modern cycling tends to be all about carbon fibre and aluminium frames, so the steel frames of the Viking Safari and Westwood may feel heavy, weighing 15kg and 18kg respectively. This cumbersome weight makes the Viking Folding Bike, a difficult one to carry for long distances. Definitely, something to be considered before buying. A puncture on a trail could lead to a very long journey back to the car.

Not the Best at Trail Handling

The tires of these Viking models are pretty wide at 1.75”. In addition, the tough frames make the Viking able to tackle many rugged terrains. However, thanks to the low bottom bracket, more technical trails could be a problem as a pedal strike becomes an issue. Stick to simpler trails and urban rides to avoid damage to the bike and yourself.

If your pedal power needs a little bit of assistance now and then, there are a number of electric models of the Viking folding bike available. These bikes are powered by a 36 Volt lithium battery, which runs a 250 Watt brush-less motor that offers 5 levels of assistance.  Tailor the level of electrical assistance depending on your energy levels, or the terrain and enjoy your ride, your way.

You can ride these e-bikes guilt-free as their lithium-ion battery, has no negative effect on the environment. Furthermore, the battery of Viking e-bikes charge quickly and last longer than others on the market. The pretty impressive level of charge can provide 45 km of assisted riding. This is one of the longest ranges for e-bikes, making that long Sunday afternoon ride a breeze. Remove the battery for a cycle without the temptation to flick to assist mode. 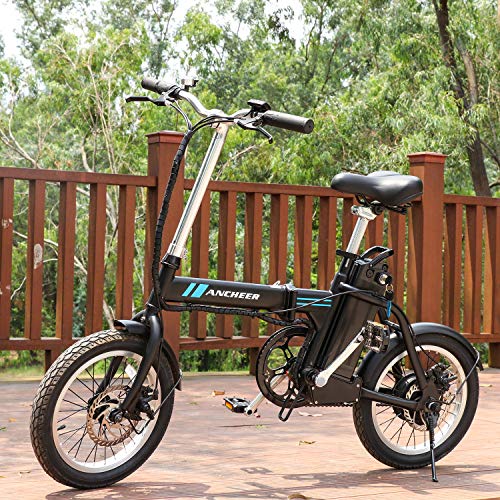 Like their leg powered counterparts, the Viking E-bikes have a high tensile steel frame, and usually 6 speed Shimano gears. Unsurprisingly, the E-bikes are heavier than non-battery versions, coming in at 26kg. This can make for a sluggish ride, particularly uphill, further hampered by the lack of gear speeds. In these cases, flick on the electrical assistance and handle the hills with relative ease. However, this assistance does come at a price, with E-bikes costing up to 4 times to price of non-assisted E-bikes.

Should You Choose an E-bike?

Personally, I would save the money and chose the pedal-powered version. I can’t see the E-bike handling the forest trails that I love, very well, thanks to the heavy frame, small wheels, and low rear brackets. However, they would be a great investment for those that struggle to ride on their own steam for long distances. But it doesn’t mean you need to give up the joy of cycling. Just don’t try to carry them for any kind of distance.

With over 100 years of history, Viking has been producing bicycles since the turn of the 20th Century. Long known for quality, style, and durability, their folding bikes have been a great addition to their product line. Perfectly meeting the challenges of a varied lifestyle, they can whizz around the city streets, and tackle countryside trails. Furthermore, their price points, make them, and inclusive brand, being affordable for those on a tighter budget, like myself. 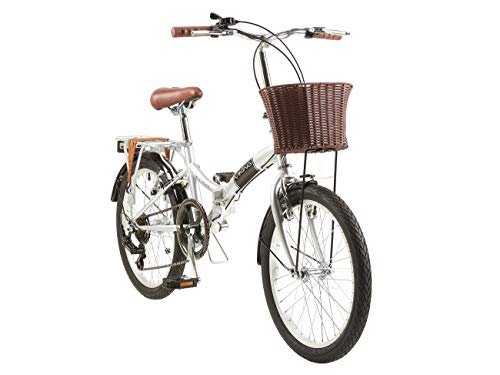 The truth is that you can get better quality folding bikes than many of the Viking models. But, you will have to pay significantly more to get it. The Viking Westwood and Viking Safari Folding Bikes have the perfect balance between price and quality. You get a smooth ride, and a durable bike, for a price that won’t leave your pockets empty. What you do gain at a cheap price, you lose gear speeds. Pretty irrelevant if you are looking for a bike made for urban living.

Overall, Viking Folding Bikes, are a decent choice of bike for the city, and the odd trip to the countryside. If you buy a Viking folding bike, it will give you many years of enjoyable riding. Be it road, trail, or other, the Metropolis or Safari will make great starter bikes. A convenient bike, at an accessible price.